One of the things that travel has made me realize is that a destination is memorable owing to its people. It is they who bring alive a place. Their life and stories add vibrance to that place. Ultimately, they make it so desirable that you want to visit it again and again.

For me, Kerala is one such destination. Every trip that I made through God’s own country is filled with delightful memories of its people. It is that which has got me to return – not once but umpteen times. This is why the latest campaign by Kerala tourism – Human by nature – resonates with me. The five different landscapes that they showcase remain attractive owing to these very human interactions. I am sure you too, will relate to it when you read through my experiences. 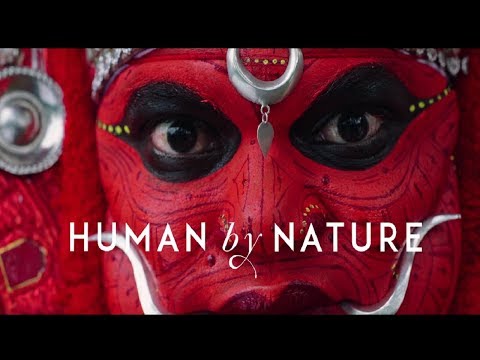 The backwaters of Kerala never fail to enchant its visitors. With its picturesque paddy fields, swaying coconut trees, divine sunsets and artistic houseboats, there is no way you can resist falling in love with the land. However, what made that love stay was the element of human by nature. I start with our boatman who patiently explained the life in the backwaters. With his toothy grin, he pointed out to the duck farmer, using his slim canoe to herd his flock to safety. He cheerfully waved to the kids waiting at a public dock for their school motorboat (bus) to arrive. That caused the kids to wave back furiously with cheerful “Bye Chetta, Bye Chechi”. (Bye Big Brother, Bye Big Sister)

“The life of these kids by the backwaters is not like what you have in the cities”– he continued. “They go to school or tuitions in the boat. Some families have their own boats while others have to wait for public ferries. “. As I watched the kids, I realized this part of the world still had its innocence intact. The waiting for bus was made fun by converting one coconut kernel into a football. A loud goal was followed by a splash close to a fisherman trying to cast his nets.

In another lane, I came across a smiling lady selling hand-made picture frames to the tourists on a boat. Another smaller boat with toddy bottles passed us with the owner attempting to tempt me into trying one small glass of the local wine. My persistent No was met with a smile and his last offer of coke instead of toddy. 🙂

Every splash and every water lane had a new experience waiting for me – owing to the locals living there.  To me, it all seemed exotic but for them, Vembanad and its backwater lanes were a way of life. They accepted my curiosity with warmth and allowed me into their lives with my questions. Truly an experience that you can relate to when you say human by nature.

My visit to Kannur was over a long weekend from Bangalore in the months of monsoon. With a few roadblocks, we had to take a slightly longer route to Kannur via Wayanad. A little famished with the unexpected detours, we landed at a small tea shop – in the middle of nowhere. The aged owner of the stall set up a pot of tea and catered it to our taste. “Milk? No Sugar? Some cardamon? Or would you like some ginger”?”. Seeing kids in the car, he extended his hospitality by offering us biscuits free of cost. He took a step further and guided us to take the shortest route to our final destination.

At the Thottada beach, while we lounged on the soft sands, we heard a rhythmic beating of drums. Curiosity pulled this cat and thus, my encounter with the band of musicians preparing for the Theyyam dance. I watched them from a distance – not wanting to upset them. One of them noticed and beckoned me closer. It was he who told me about how Kannur was famous for the Theyyam dance. He explained the story behind the dance and shared pictures from his phone. Costumes made from parts of a coconut tree, the elaborate make-up, the ritualistic fire and the music – it was almost like watching a live performance but even better!

We parted ways with him guiding us to the best beaches of Kannur and a strong recommendation to visit the St.Angelo’s fort. Taking him up on the recommendation, we did visit the St. Angelo’s fort to come across another instance of human by nature. As I wandered on the campus, I met an old caretaker who voluntarily took on the role of pointing the important parts of the fort for us to see. What was more was he even told me where to pose and helped me take my pictures 😀

It started with a hearty Kerala meal where the restaurant owner insisted we take more helpings than what we could attempt. The warmth of the humans in Kerala flowed through their food and their insistence that we try more of their local delicacies. Even after we were done, samples of their sweets and snacks were given to us and ultimately, we left with a few packed for the rest of our trip.

Walking by the Chinese fishing nets, a fisherman called out to us – “ Ivite….Ivite. Fishing net starting. See see...”. We approached the cantilever and not only did the kind fishermen show us how it is done but allowed us to take a turn. Any catch they got, they offered to us with a smile. But of course, we had to decline 😉

The next instance and possibly the best example of human by nature was at the Jew Town. Such was the hospitality of the people even eons ago that they enticed the Jews from Israel to make Kerala their home. I was welcomed into the home of one of the three Jew homes. Sarah Cohen can no longer understand what is happening around her but her adopted family – the local neighbors and caretakers carry on her legacy. They sew and make the Jewish hats and sell them. They share her story with curious visitors like me and keep her legacy going as if it were their own!

The misty hills of Thekkady will always hold a special place in my heart owing to Cheta. Cheta owns a spice farm and a tea estate in Thekkady. We stayed over for a day as a part of our long road trip through Kerala. From treating us to home-made local meals to buying us tickets to the local Kathakali and Kalaripayattu shows, he made sure we experienced his culture well. He, in fact, sent some of his boys to catch seats for us at the show so that we get the best experience.

If that was not all, the next morning, he took us around his estate. He explained the various spices and their uses. At the end of it all, as a parting gift, he gave us a small packet of cloves and ginger oil. With a smile he said – “Come again to visit your Cheta”.

Of all the places that I have mentioned, I have been to Wayanad the most. Of these visits, the last visit to Wayanad sanctuary remains the fondest. This is when I met the elusive Paniyars and Kattunayakan tribes through the naturalist at my resort. The naturalist realized how I enjoyed the cultural aspect of travel and he proposed a trail through the tribal villages. He acted as my translator and introduced me to the oldest resident of the village. The face with the toothless grin welcomed me and offered me a small fruit from the forest.

Nearby two kids fought to get some camera time. At the Kattunayakan village, the tribals opened their small homes for me to see. A kid held my hand and took me to see the 2nd tallest teak tree in South India. They were happy to show me some more of their natural world but with the clock ticking, it was time to say goodbye to them.

A special mention to the tea stall owner here in Wayanad. On the first day of my trail, he offered me lemon tea and when I asked if he had milk tea, he apologetically smiled. He knew I was in the area for the next two days. He called out to me on my way back from the Tribal trail and got me a cup of milk tea. He had specially ordered the milk for me. 🙂

Such is the hospitality and warmth in the people of Kerala. It is no wonder that I completely related to Kerala Tourism’s latest campaign – Human by nature! So go on and pin this as a reminder of the welcoming nature of the humans of Kerala.

P.S: This post has been sponsored by Kerala Tourism. However, the incidents and stories in the post are completely and truly my own.

I am a Post-Graduate in Marketing by qualification and a travel blogger by passion. Besides travel, I enjoy photography and if you don’t find me at my desk, I would be out playing badminton or swimming or just running. I believe in planning for every long weekend through the year. And when I cannot travel physically, I travel virtually through this travel blog. My travel stories have also, got published on various websites and magazines including BBC Travel, Lonely Planet India and Jetwings. I have recently published my first book – When Places Come Alive – a collection of stories that are based on legends, landscapes, art and culture of a place which is available in both ebook and paperback format.

A restless ball of energy born with a travel bug. Click the image and discover more about me.

Presenting my new book – When Places Come Alive. This is a collection of short fiction stories from across the globe with tales that bring alive culture, traditions, history, art and even landscapes. Do check it out here